I am really excited to be performing with these great guys on October 27.

Peter Samelson
Christened the “soft-spoken conceptualist of sorcery” by the New York Times, Peter Samelson has performed all over the world. He has performed atop the Great Wall of China, in the jungles of Bali and the universities of Tokyo, for peasants in Mexico, and even for Grand Prix race car drivers on the World Cruise of Queen Elizabeth II.

He has entertained Princess Stephanie of Monaco, the jet-set of Paris, and the fishermen mending their nets on the beaches of Cartegena. From Kenya to the Magic Castle, from television to trade shows, college campuses to commercials, the New York stage, night clubs, and celebrity events, Peter Samelson has distinguished himself not only as a magician but as an artist.

Peter performs and lectures at colleges, universities, and Theater and Performing Arts festivals. Peter has staged two one-man Off-Broadway shows; “The Magician” and “PaperWork.” He also performs and designs for television, film, and theater including: “What About Bob,” “Whispers in the Dark,” for Kraft Salad Dressing, host on a syndicated 13 part series on Magic, CNN’s “Sonya Live!“, Mabou Mines, The Bermuda Theater Festival, the new musical “Houdini” and the PBS Special, “The Art of Magic.”

Michel Huot
Michel Huot is one of Montreal’s busiest corporate magicians. With over twenty years of professional experience, he has over 4000 performances to his credit. Michel has been an invitee at the FFFF for decades. He has performed and lectured in Algeria, Mexico, USA, Canada, France, the Magic Circle in London, Switzerland, Italy and more! He is a regular in comedy clubs and, in his downtime, he has been co-organizing an international magic festival in Algeria for seven years. He is the creator of two of today’s best-selling tricks’ Priceless’ and ‘Socks.’ His creations have appeared in numerous magazines (Genii, MAGIC, The Magic Menu) and many books by David Acer, John Lovick, Paul Rohmany and others.

Jeff Miller
Jeff is a regular at the Parlor of Mystery and has thrilled Parlor audiences during intermission on several occasions. Join him in the lobby during intermission for some wine and to see some of his amazing close-up magic. Please do it, or Jeff will have to drink all the wine himself and it’s not pretty when he’s had too much.

Okay full disclosure: Paul and I have worked on projects together so while we’ve never met I consider him a friend. However, I don’t think that in any way contributed to his highlighting the updated version of Celebrity Presage in the October 2019 issue of Vanish. In his words, “One of the easiest and most entertaining book tests I’ve ever seen!! The combination of methods makes this a game-changer.” Here’s the link

Well, I’ve had little time to update this blog. We’ve been undergoing a kitchen renovation. For four weeks the whole house was a mess, with construction workers moving in and out and nearly every room in the house impacted in some way or another. The construction impacted my office which had to be moved to one of the kid’s former bedroom. I am still trying to find a place for everything.

It’s finally finished. Here a photo of the finished kitchen. 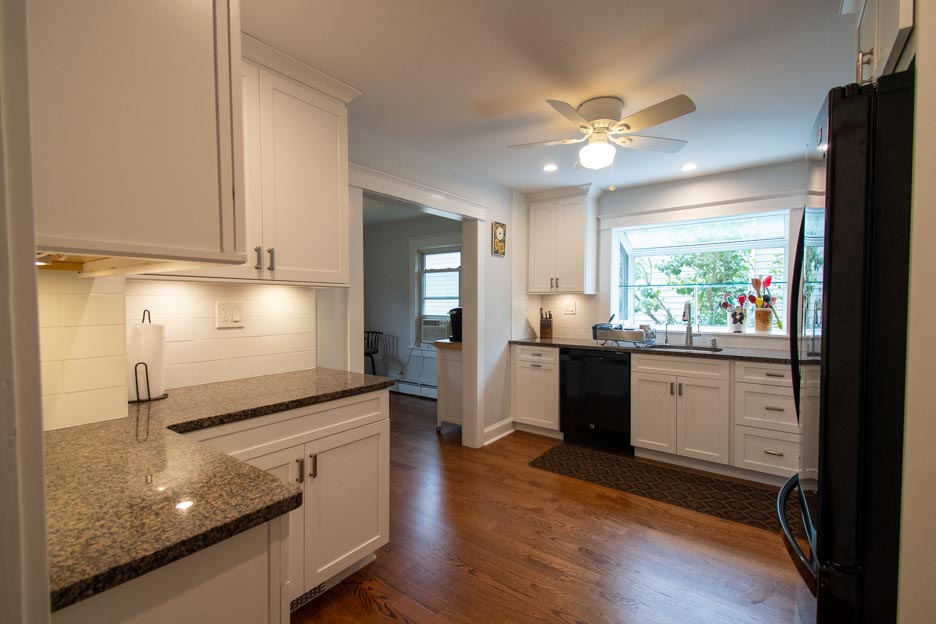 Well, it’s been a whirlwind the last few weeks. I left my conventional job last month to concentrate all my energy on magic. The first order of business was to get my webpages updated. You are looking at the one of the three I manage now. It was converted to WordPress from a DreamWeaver version which was very tired looking. WordPress is definitely easier to update and maintain.

Aside from the visually better look, the pages are automatically reformatted to look and work better on a phone or tablet, the way most people are looking at webpages it seems. I added a blog. Just another place for me to express myself and most importantly, I added a products page where magicians can learn about and purchase some of my original magic to add to their shows.

I tweaked the www.sillymagican.com which I updated months ago but still have to update parlorofmystery.com.

Before going to Magic Live I packaged a bunch of my original magic to sell at the convention where I spent most of my time demonstrating the new Celebrity Presage. This remake of my classic has been getting raves.

I came home to a kitchen renovation that required moving among other things my entire office from the first floor to the second floor. What a pain. What a mess. Can’t wait until it’s over.

I did manage to take in a few shows and lectures at the Las Vegas convention. I can’t say enough about Harrison Greenbaum. I recognized his potential 15 years ago and I glad to seem him soaring now. His talk about magic and comedy was great. My other highlight was seeing the classiest magician alive Guy Hollingsworth perform. He eludes class from his refined English accent to his tail coat to the microphone he uses on stage.

The surprise of the convention for me was to see Mario the Maker Magician who will be performing a special Parlor of Mystery on August 21 in Lindenhurst performing and lecturing at the convention. He is hands down among the topmost kids’ entertainers on the planet. If you can, try to attend this public performance. For ticket information call 631-669-0506.

I worked most of the day yesterday putting the final touches and packaging a few products I am bringing with me to Magic Live. At Live I will be spending much of my in the dealer room helping Brett sell the new Celebrity Presage an updated version of my trick created nearly a decade ago instead of at lectures and shows. So, graciously, Brett will let me take a corner of his booth to sell some of my stuff. I’ll have a few of each of my new tricks (Autograph Augur, Signature Presage and Emoji Presage) there to share with magicians hungry for something funny and unique to add to their acts. If you go to Magic Live, I hope you’ll look for me.

In about two weeks I’ll be heading to Las Vegas to attend another Magic Live. I didn’t plan to go this year as I will be attending the Genii Convent in Orlando in October where I will be taking photos again as one of their official photographers. So, the plan was to take a year off. But, plans changed because Brett Barry of SvenPads wanted me to come and work his booth to help launch a reissue of my Celebrity Presage. The new Celebrity Presage is an awesome update to my very deceptive and commercial book test.

So in a short while I’ll be on a plane and headed west.

The new book is very cool. I won’t say too much about it here as this is a public site, but if you are a magician or a mentalist and you want a killer prop that will convince an audience that you have extraordinary skills, this is the prop. You can get more information by viewing the product page on my website.

Because I will be missing a lot of the convention by working the booth with Brett I plan to bring a few of my other products to Live to sell or take orders to help make the trip worthwhile.

If you have never been to Magic Live. It’s a pretty cool convention. Originally, it was supposed to be a live version of the magazine Magic. A nifty idea. But, then Stan Allen who owned the magazine decided to end publication and just do the convention. As a consequence, the basic premise of the convention has changed. You could see and feel it last year. Most of the folks I know who attended last year as well as previous Magic Live conventions agreed. Clearly, some of the elements that made the first few special were missing, changed or just expected. Part of what made/makes ML so much fun was the unexpected.

Hopefully, I’ll get to spend just enough time in the dealer room to sell lots magic, buy some cool new magic to share with my audiences and still catch the best of ML.

This is my updated website. It’s been a long time coming. I hope you enjoy it. Have suggestions? Make them in the comments space below.

Welcome to WordPress. This is your first post. Edit or delete it, then start writing!

Learn about Mike Maione and why his magic will make your head explode.