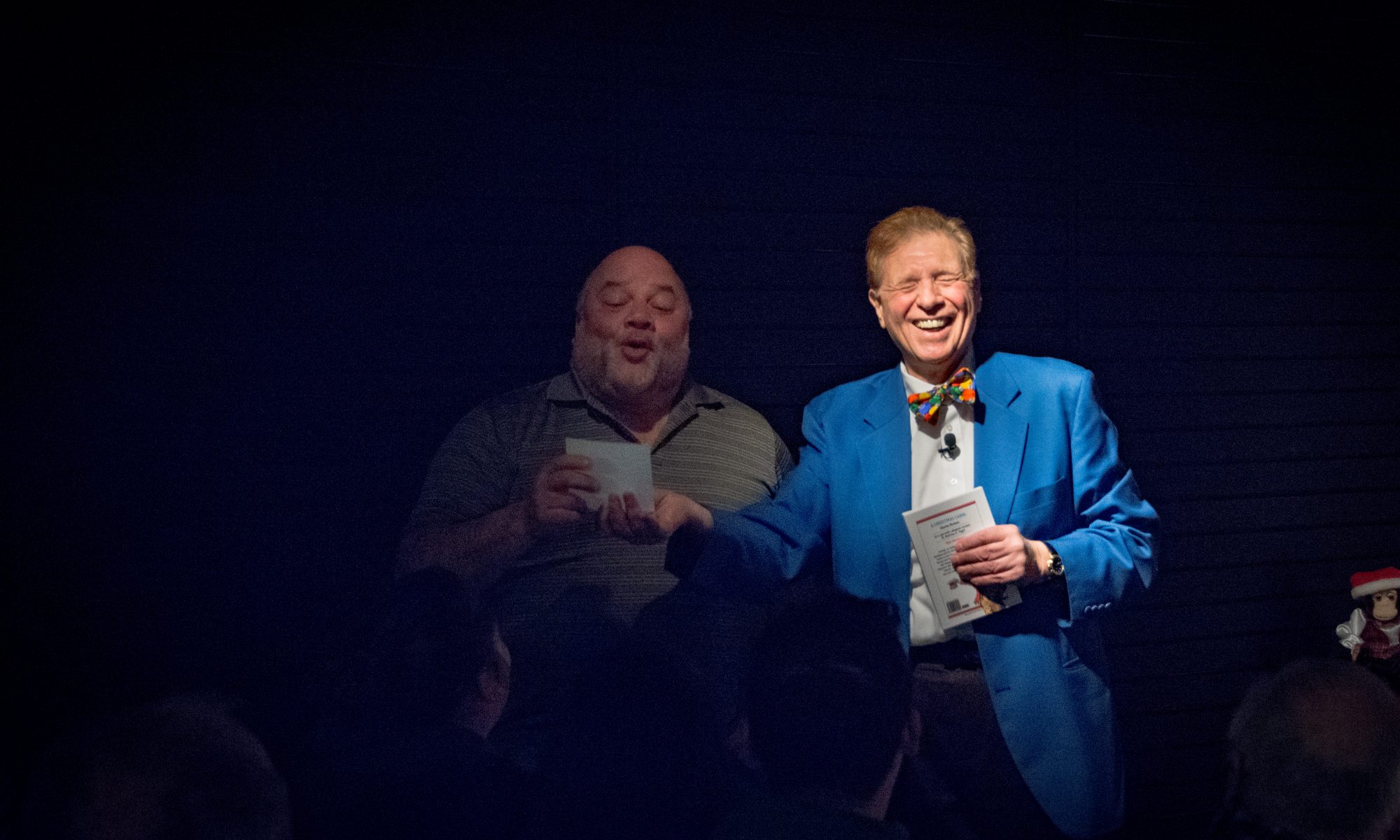 Like many of today’s great magicians and mentalists, Mike became interested in the art as a young boy. At the early age of nine, Mike made a trip to Tannen’s Magic Shop. There he purchased his first bit of magic, an expensive coin trick. Unfortunately, Mike was also a chubby lad who favored frozen treats and accidentally used the coin to buy ice cream. He was so distraught when he discovered his mistake he vowed not to do magic until he could control his appetite. Years of therapy and many diets later, Mike shed his huskie-sized clothes and dove into the mysteries of magic and mentalism with renewed passion, finally emerging as one of Long Island’s favorite magicians.

Mike is a past president of the Society of American Magicians, Assembly #77. He is also a member of the International Brotherhood of Magicians, and London’s famous Magic Circle.

Magic and mentalism to make your head explode.

Well, not literally. ‘Magic and mentalism that makes your head explode’ is more than just a slogan. It describes the effect Mike’s magic has on his audiences. Simply put, Mike’s magic and mind-reading effects leave people speechless with wonder while they laugh out loud. It doesn’t matter whether you’re eight or 80; Mike will find your funny bone and have you laughing yourself silly.

Tricks are NOT just for kids.

When it comes to magic, everyone is a kid at heart, but don’t think Mike’s tricks are for kids. Imagine seeing an empty crushed soda can expand back to its original shape and size and refill with soda right in front of your eyes. Or, watching a single dollar bill turn into a crisp new $100 bill. Watch silver dollars appear from thin air, expand to five times their size, then vanish in a wink. Watch as Mike draws a picture of an item you are merely thinking about. See a borrowed ring melt through a string, vanish into thin air and reappear in an entirely new place. Think of a card and hear it called out. Watch a grown man levitate himself. This isn’t kid’s stuff.

The recipe for success

What kind of event are you planning? Want to add sizzle to a trade show display to entice and educate potential customers? Want to create a cocktail party that will leave your guests with a “magical” hangover they’ll be talking about for weeks? Are you planning a theatrical fund-raiser and want it packed mystery and mirth? Every show Mike performs, from the most intimate small gatherings to the biggest stage or platform event Mike tailors for his audience. That means Mike won’t show a bunch of mind-blowing card tricks to a group of young children or a silly puppet to a group of adults. Whatever the event, Mike has the recipe that will have sides splitting and heads spinning.

Lots of people ask me what my favorite card is. Well, here it is.